Eight men sit in a classic American diner, sipping coffee, enjoying breakfast and discussing the meaning of Madonna’s “Like a Virgin” before arguing whether or not it is right to tip waitstaff. It’s not just way too many guys taking up too much space in a restaurant, it’s the opening scene of Quentin Tarantino’s 1992 debut movie, “Reservoir Dogs”, and it establishes the characters of the film without actually telling anything about them, not even their names. Throughout the conversation, characters subtly reveal their traits, small hints of what makes them unique: compassion, violent tendencies, a tendency for looking out for themselves, a willingness to snitch, all foreshadowing future events in the film. 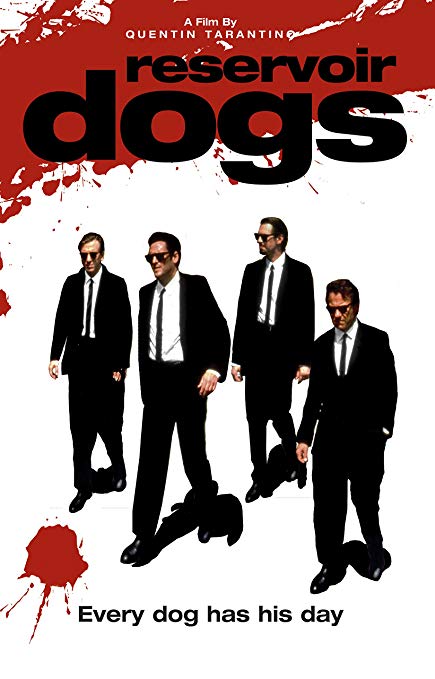 Speaking of violent tendencies, “Reservoir Dogs” has them in spades, with not just a little red paint, but probably a few buckets worth, along with a particularly shocking and infamous scene that’s frequently referenced in pop culture, but it’s nothing you can’t handle if you’re a fan of movies like “Deadpool” and other movies with what I like to call the classic “Double B” system of blood and badasses.

While not for the faint of heart, “Reservoir Dogs” presents wild action packed scenes, mystery unraveling lore and the horrifying consequences of crime all orbiting around the main setting, a warehouse the six Reservoir Dogs of “Reservoir Dogs” meet at after four of them escape from their horribly failed heist. The mobsters, hired by a mutual boss kingpin and his son-protégé have to piece together what went wrong, what to do and which one of them set the others up.

“Reservoir Dogs” shares many elements of plays rather than films, and watches like an independent movie that is actually good. The dialogue is superb, the drama and conflict keep you in suspense, and the plot twists and turns, jumps forwards and backwards and side to side dancing to a fantastic soundtrack of classic tunes from the ‘70s before landing firmly at the end, collapsing like a marathon runner after breaking the ribbon at the finish line.

For a director’s first movie, “Reservoir Dogs” certainly bolts out of the gates, and serves as a solid foundation for Quentin Tarantino’s subsequent great works like “Pulp Fiction”, “Kill Bill”, “Django Unchained” and “Jackie Brown”, which tend to overshadow “Reservoir Dogs”, and are all worthy of praise themselves, being more polished off, refined, and developed. “Reservoir Dogs” is like an old wooden roller coaster. It’s coat of paint may be starting to wear thin, it’s a little more worn than some other coasters and you won’t find a loop-de-loop, but through it all, the drops and twists are still every bit as thrilling, the design is classic and unique, and you’ll always remember the experience. If you can handle the ride, “Reservoir Dogs” is a movie well worth watching.

View all posts by ecccornerstone