East Central College hosted its first Franklin County Candidate Forum here on the Union campus on Sept. 20. The event was packed with faculty, the local public and ECC students who wanted to gain knowledge about the candidates in the upcoming Nov. 6 election. The event began at 6 p.m. with introductions from Joel Doepker, Vice President of External Relations and Workforce Development and was followed by the singing of the National Anthem from three ECC students: Jennifer Komo, Courtney Burris and Crystal Reed. 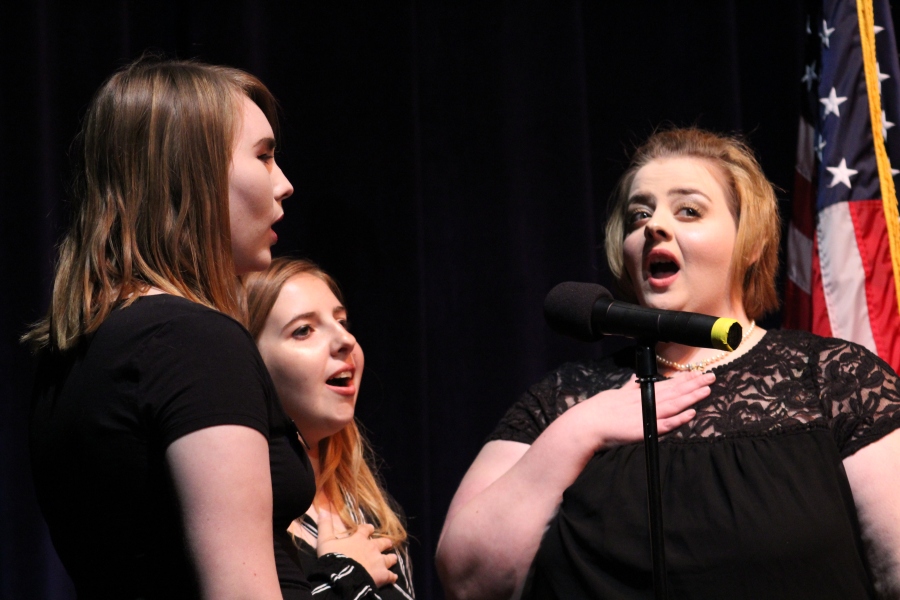 Moderator Jason Rosenbaum, from St. Louis Public Radio, lead the candidates into introductions and questions based on their positions that they are campaigning for, while the audience submitted notecards with questions for the candidates. Most candidates tackled topics that are the prime focus of either their political party or a concern for the position they are running for. If two opposing candidates for one position were in attendance, they could have a back-and-forth discussion on their viewpoints. If a candidate was not in attendance, they were represented by a statement piece that was read by Rosenbaum during the set of introductions. 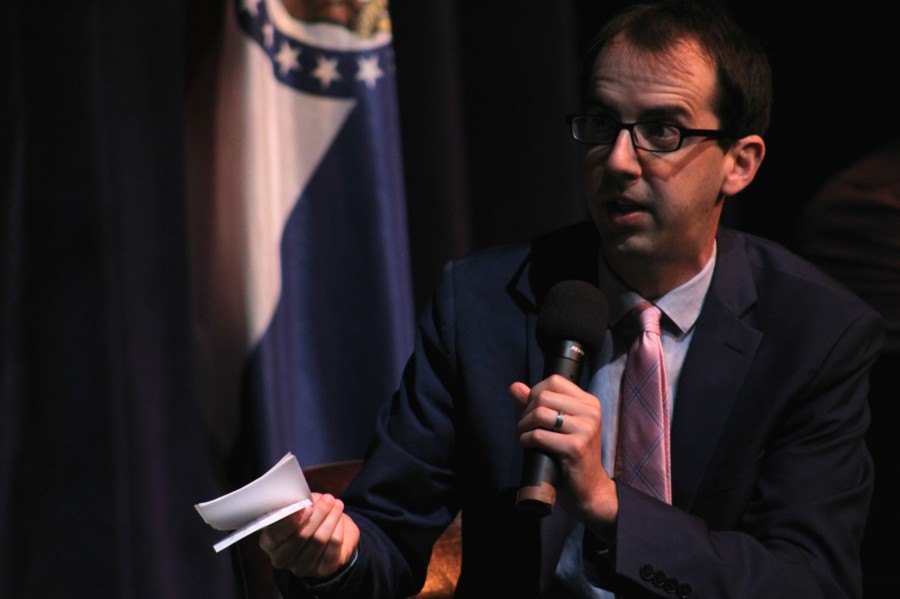 The night was proceeded with open visitation for the public as they could go around the atrium of Hansen Hall that is located outside of John Anglin Theatre and check out the informational booths of the candidates in attendance. Along with candidate booths, there was also a voter’s registration booth for those who wish to be emailed about future ballots and to exercise their legal right to vote.

The main committees involved in the planning of this event were the Civic and Community Engagement committee, the Franklin County Democrats and Franklin County Central Republican committee along with Student Government Association officers and senators as student volunteers and representatives from some of the political parties as well.

The planning of the Forum began in June, but the committees began their meetings and corresponding with the candidates in August. to early September. The committees started publicizing the Forum at the end of August through posters and social media posts to generate public interest.

Out of 34 Missouri candidates invited at the local and state level,  ECC hosted 13 candidates in total to speak about their stances on various topics and have a question and answer session with local Missourians in the Franklin county area. The event was a success with several people in attendance and an active audience throughout the evening.

View all posts by ecccornerstone